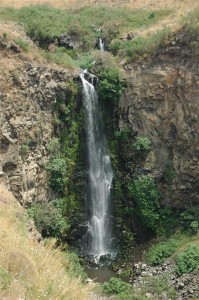 Findings show that in regard to certain authorities there is no uniform price even within the religious council, and each mikve charges a different price. In addition, findings show that in some absurd manner, it is actually the authorities in lower socioeconomic areas where residents are required to pay much higher prices that those set by the Ministry of Religious Services.

An additional survey was held on mikve services for brides. According to the regulations of the Minister of Religious Services, which became valid in November 2013, “brides in their first year of marriage are exempt from paying for immersing in a mikve.” A follow up held with the spokesperson of the Ministry we found that the Minister’s exemption refers to mikves throughout Israel, without limitations, but we found that 57% of the mikves do not uphold this regulations: some do not give brides a discount at all, while others give them a discount with limitations that contradict regulations: a discount only to brides who registered within the specific religious authority, only to local residents, etc.

Due to a significant lack of a standardized database it is extremely difficult to present organized findings in this regard. The lack of data derives from the fact that many religious authorities do not maintain an organized system of collecting information on the number of women using the mikve services and from the fact that the Ministry of Religious Services does not demand these details from the authorities. Despite this, the study presents several initial findings that are based on the religious authorities’ accounting reports.

According to these findings, the economic cost of running a mikve system in regional authorities with the lowest percentage of religious residents is understandably the highest per usage, because the requirement to open mivkes in a certain area is not conditioned on the number of religious residents in that area. This is probably also the reason that the cost of running a mikve in regional authorities – which are often required to operate mikves even in small communities, is higher than in the (larger) cities.

Based on a comparison between religious councils with similar characteristics, the study found probable inefficient management in the mikve departments or, alternatively, efficient religious councils with insufficient mikve services. Thus, for example, the percentage of income compared to overall cost from mikves reaches 6%-8%, while in other large cities, it reaches 20%-30%.

Several reports of the Haifa city auditor do, in fact, point to numerous problems in the management of the mikves in the city. In addition, there are seven mikves for women in Rehovot,

Safed and Ashkelon, and while the percentage of income from mikves in Ashkelon and Safed reaches 15%-20%, the percentage of income in Rehovot reaches 50%-55%. Thus, the findings show that many more women in Rehovot use the mikve services than in Ashkeon, even though expenses on maintenance and salaries for mikves in Rehovot are significantly lower. Similarly, the cost of maintenance and salaries for mikves in Be’er Yaakov and Ma’alot is several times higher than in religious councils with a similar number of women using mikve services, such as Bnei Ayish, Meitar and Mazkeret Batya.

The study also shows significant and unexplainable fluctuations in the income and expenses of the mikves in several religious councils – Ganei Tikva, Eilat and Kdumim – during 2010-2013. Such fluctuations generally show ineffective management of the mikve system.

The availability of data on mikves around the country is extremely important, due to the intimate and discreet nature of immersing in a mikve. One can assume that women know the mikves in their local area, but many times, when they are in other places in Israel they must find a mikve in an area unknown to them. As many women regard the mikve as a private event, they prefer not to share this information with others or ask for information on the closest mikve; making it even more important for the authorities to make known exact and clear details.

The study findings show that the information systems run by the Ministry of Religious Services and those on its website and the WAZE application lack much information. The Ministry’s website does not have information on many mikves run by the religious councils, and WAZE is missing 288 mikves (about 38%).

It was found that the information system on the Ministry’s website has almost no information on the mikve system, such as the prices for standard (and other) services provided at the mikve. Only in a few cases do opening hours appear on the site. Also, in many cases the telephone number of the mikve attendant, or the mikve itself, did not appear and, if it did, in 25% of the cases it was not updated or was of a former attendant who was no longer employed at the mikve. Similarly, in about 33% of mikves WAZE did not have a telephone number at all, or had a non-updated number.

To the full research (Hebrew)