Another Saturday of Football? Suggestion for Regulating Football and Other Sports Games on Saturday

By Tovi Zehavi Religion and State, Shabbath No Comments
A court ruling given by the Labor Court last August raised the issue of holding football games on Saturdays (Shabbat = the Jewish Sabbath], stating that holding league games on Shabbat is a violation of the law, as football teams were never given a permit to hire workers on Shabbat.
This ruling opened a wide public debate on the matter, and touched not only on the legality of employing religious players on this day, but actually holding public games while violating the Sabbath, and the ability of religious players to participate in these games, as players and as spectators.
One must note that football in Israel includes two separate issues: professional football (top leagues) and popular football (lower leagues and leagues for children and youth). Even though the Labor Court referred only to professional football, the public debate currently being held deals also with popular football and, therefore, must also address this issue with utmost seriousness. In fact, the public debate on popular football is relevant to all sports fields in Israel, and even to several fields in professional sports.
When dealing with professional football, the position paper examines top league games in the 2014-2015 season and points out that only 57 games – constituting 23.57% of the games during this season – were held at hours considered by Jewish Law to be Shabbat, while 29 games were held led than one hour after the end of Shabbat. Thus, in many weeks all that is needed is for the games to start a little bit later in order to prevent them being held on Shabbat.

END_OF_DOCUMENT_TOKEN_TO_BE_REPLACED 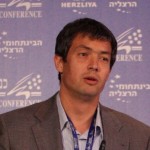 Yoaz Hendel, increasingly the media face of the political right, wants to take back the cause of peace and human rights from the left – and the exclusivist claim to Zionism and patriotism from the right…
Read Full Article

Did the Gush Katif Expulsion Do What it Said it Would?

New research reveals how Disengagement did in terms of Sharon’s stated goals regarding population, security and world pressure… Read More

An open letter to the boycotting professors

Op-ed: Yoaz Hendel responds to Jewish-American Professors Steven Levitsky and Glen Weyl, who wrote an editorial for the Washington Post about why they now support a boycott of Israel…Read More