A new study published by the Institute this month assessed the success of government programs aimed at integrating Haredim and Arabs into mainstream education and the workforce. The study revealed an interesting finding whereby programs for Arab integration had a significantly higher success rate than those aimed at promoting Haredim integration.
This week, we heard MK Ayman Odeh’s declaration about his willingness to join a center-left coalition. After observing the low rate of Arab participation in the previous elections (49%) and in light of polls showing similar expectations in the upcoming elections, Odeh realized that the voters, primarily the younger ones, refrain from voting because they feel that their vote lacks any real influence, and because they have no interest in their elected representatives sitting in perpetual opposition. Their agenda is primarily civilian rather than political and focuses on the daily problems of the Arab sector.

Odeh’s demands include those that are easy to agree with such as the demand to curb the violence in the Arab sector, to collect weapons, for police action against crime organizations, and to establish an inter-departmental team to fight crime. Other demands cannot be agreed with such as revocation of the Nation State Law or halting the demolition of illegal buildings and the legalizing of illegal construction on privately-owned property.

If we ignore the demands for a moment and focus on the statement itself, we will find a clear correlation between our study and Odeh’s declaration: Israeli Arabs do indeed integrate well into Israeli society. They are bothered by their leaders’ incessant preoccupation with the Palestinian problem and prefer that they concentrate on improving the quality of life of Israel’s Arab population. The low voter turnout primarily indicates a lack of faith in their leadership. Odeh seemingly understands this however this may not suffice. The burden of proof is his – and ours. The political leadership and civilian society bear great responsibility towards Israeli Arabs. We at the Institute have begun implementing this responsibility in East Jerusalem. Our next step will be to do so in other Israeli-Arab towns and cities.

Integrating the Ultra-Orthodox and Arab Sectors in the Israeli Academy

We surveyed in depth the programs initiated between the years 2011-2016 by the Council for Higher Education that were aimed at integrating the Arab and Haredi populations into academia.

The program for integration of the Arab population in academia achieved relative success.

A 50% increase in the number of students in institutions of higher education. The representation of Arab students among all undergraduate students rose from approximately 11% to approximately 15%.
Diversification in study fields of fields of study: Between 2009-2010 and 2016-7, the ratio of Arab students in the engineering and architectural fields rose by 66%. During the same period, the Arab student representation in mathematics, computer science and exact sciences increased by 44%.
Dropout rate: No such success was achieved in this parameter. The dropout rate among Arab students remains very high compared to the non-Haredi Jewish sector.

In contrast, the program for integration of the Haredi population has been unsuccessful and failed to register significant achievements in any of the three parameters:

Number of students and in their representation in institutions of higher education: less than 80% of the set goal set was achieved ; the increase in the number of students, which was not one of the program’s goals, was because of the number of female students from the Haredi sector.
Diversification in study fields of fields of study: here too, the program’s goals remain unrealized. Between the academic years 2011-2 and 2014-5, a sharp increase of 80% was registered in the number of programs for Haredim, from 62 to 110. However, the overwhelming majority of the graduates choose to study education, a market with too few available jobs for the number of those seeking employment.
Dropout rate: the program’s achievements in this parameter are extremely worrying. According to the State Comptroller’s report, the rate of Haredi men dropping out of academic studies reaches about 46% while among female Haredim the dropout rate stands at approximately 28%

Click on the image for the interview of the author of the paper: 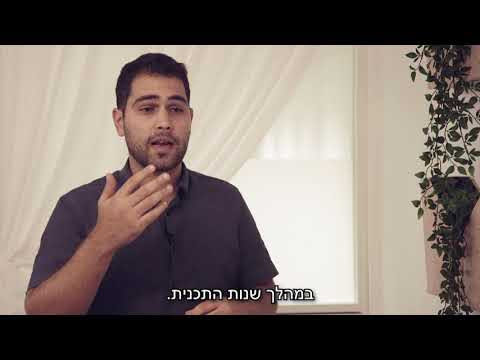 Once again we will open our doors to outstanding students willing to work with us on a variety of topics: research, East Jerusalem projects, video editing…
Contact us

‘For the Spirit’ classes will continue to thrive in highschools throughout Israel. Served in a fighting position in the IDF? Come join us!
Contact us 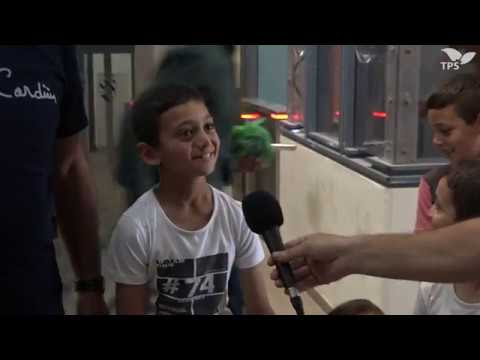 Why would a Zionist organization invest in East Jerusalem? The Jewish Chronicle has the answers.
The 5 Towns Jewish Times surveyed the changes in the crossings between Jerusalem and Judea and Samaria – and asked us about our activities there. (click on the picture for the video piece)

Publications by members of the Institute:

Miri Shalem, CEO of the IZS, wonders what Tlaib and Omar could have learned about the real Israeli civil society. (Yedioth Ahronoth)
Israel Harel, founder of the IZS, describes how those in charge of protecting the law bypass it. (Haaretz)
Noa Lazimi, our reseach coordinator, explains why developing East Jerusalem is an Israeli interest.