In just a few days, we will sit around the holiday table with hopes and prayers for a good, blessed, sweet new year, a year in which, in the words of the traditional Rosh Hashanah blessing, we ask to be “as the head and not as the tail”. But what if everyone is at the head? How can we achieve anything with so many heads?
For us at the Institute for Zionist Strategies, this blessing means that each person should try and find the place where he/she can lead and be at the head – whether in the private or public domain, within the family circle or on the national stage. The meaning of being “as the head” is that, wherever we may be, we should all strive to make the world a better place, to take responsibility for our own individual surroundings, to look at the world from a birds-eye view and understand the whole picture rather than just the minor details. And this can be only be achieved out of a consciousness of being as a head and not a tail.

This then is our blessing for you – and for ourselves. We have proven this year that we are capable of leading and being at the head of our unique field as a rightwing-nationalist organization which understands that Jewish sovereignty entails an obligation and responsibility towards the minority populations in Israel. As we reported to you throughout the year, we have begun working with the Arab population in East Jerusalem, personally assisting hundreds of people. With this same sense of obligation and responsibility, we have successfully overcome many hurdles and gained the insight that peace agreements must begin between individuals, long before any signature ceremony on the lawns of the White House. 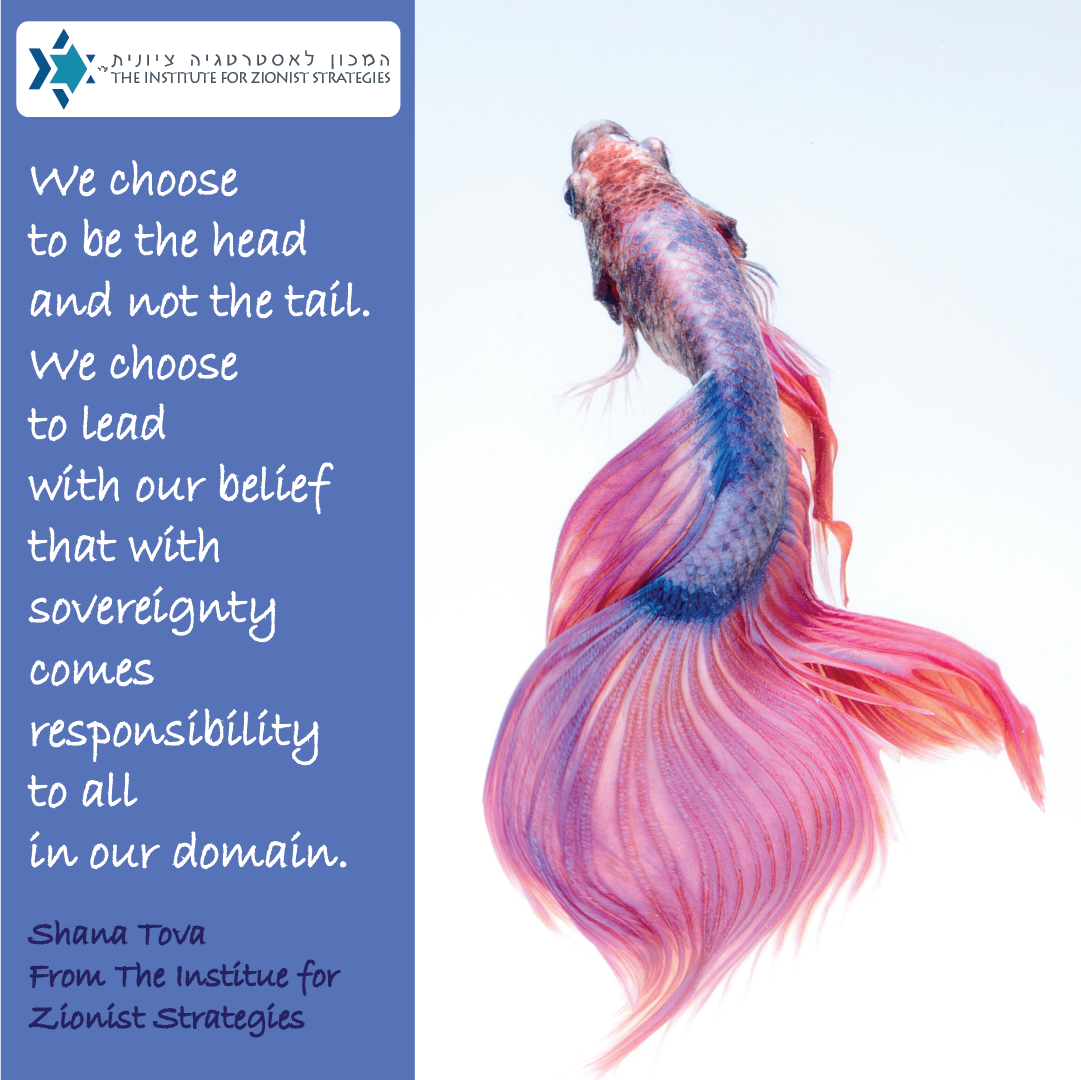 We hope to continue leading this field, to expand and widen our influence in additional neighborhoods, and to enhance the lives of yet more people. We have chosen a challenging mission and invite you to partner us in fulfilling it.

May we all be at the head! 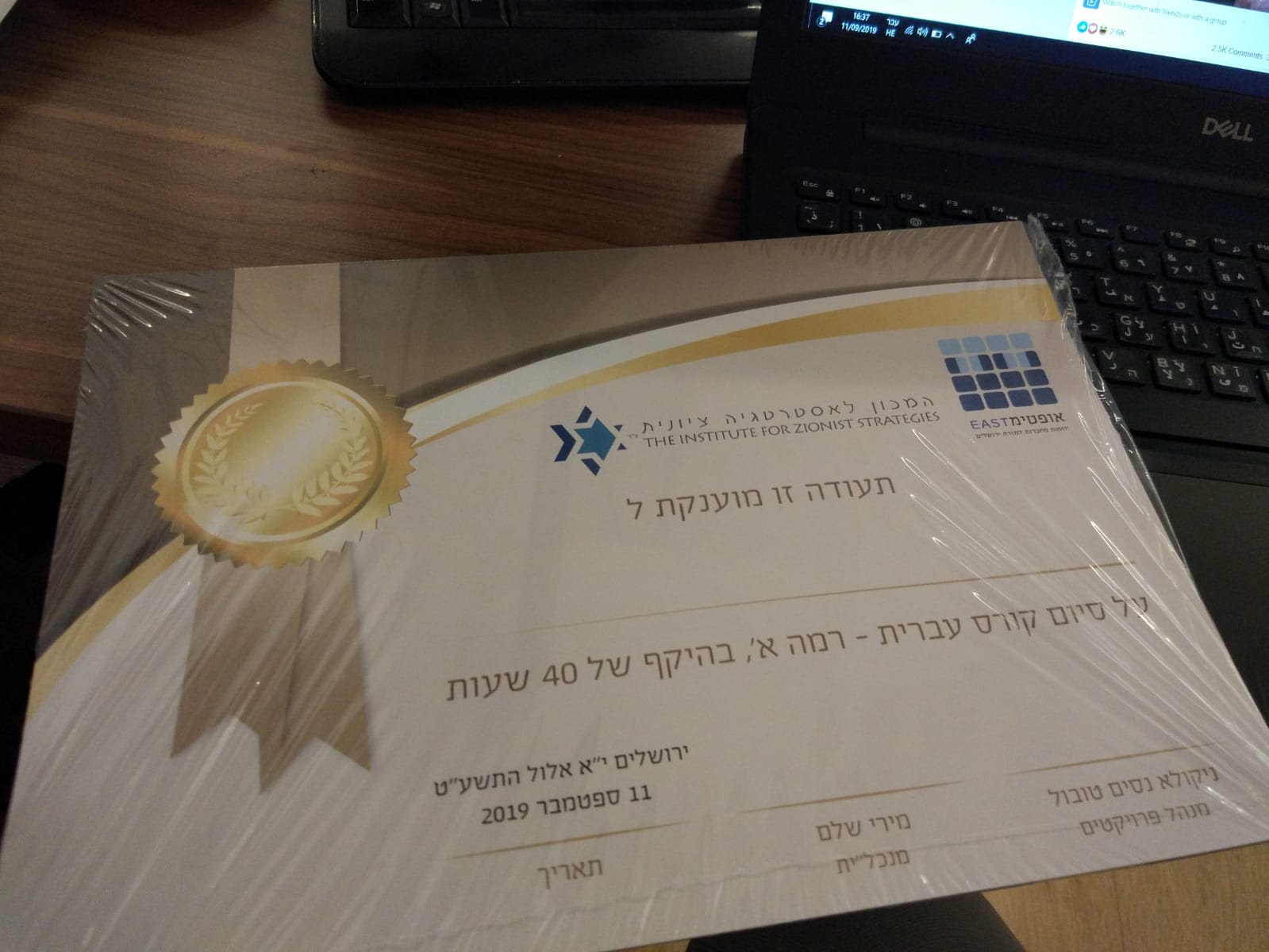 5779 was a particularly fruitful year for the IZS.

First, our decision to deal with the issues related to East Jerusalem were largely welcomed, both by the authorities and many residents. The demand for Hebrew courses as a tool for integration is such that while we opened the year with one class we are closing it with five, spread throughout the city.
We also gave bureaucratic support, responding to close to 400 requests. We helped translating and filling forms, connected residents to the relevant public services… In other words, we made sure the Israeli sovereignty in Jerusalem is expressed through taking responsability.
Second, the Institute has continued researching the fields of rights and duties, majority-minority relations, and National Liberal thought. Throughout the year we published 11 papers:

* Rights and Duties in Democratic Countries
* Overpopulation: a Threat to Israel’s Future?
* Family Reunification
* Law Enforcement in the Arab Sector
* The Status of Former Jewish Assets in Judea and Samaria
* Palestinian Laborers in the Israeli Construction Industry
* From Oslo until Today: Human Rights Report
* Internationalization of the Israeli Law
* Liberal Nationalism: an Anthology
* Tikkun Olam according to Jabotinsky
* Integrating the Ultra-Orthodox and Arab Sectors in the Israeli Academy 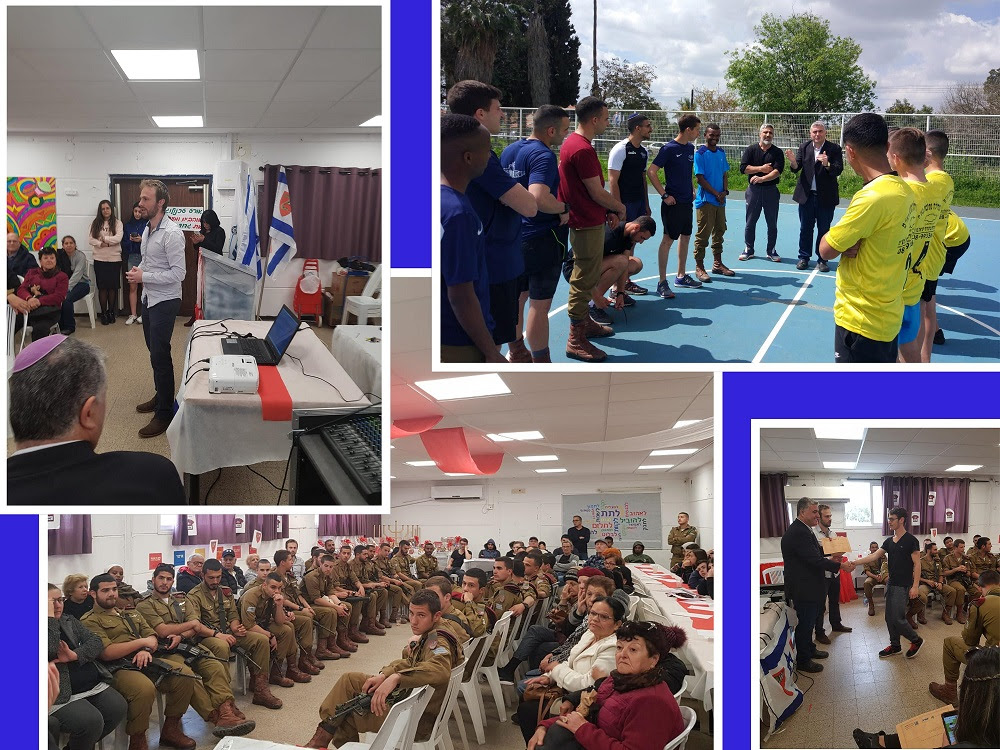 Third we pushed forward with the ‘Blue&White Human Rights’ programs at the crossings and through the pre-army Ethics course – Biglal Haruach.

At the crossings around Jerusalem we accompanied the massive infrastructure changes which allowed a drastic improve in the workers’ lines. We explained the meaning of these changes both to touring groups and the media.

We wish to thank our partners in the different programs, and welcome 5780 with the certainty of making it even better.

Students? Not too late to join our yearly internship! 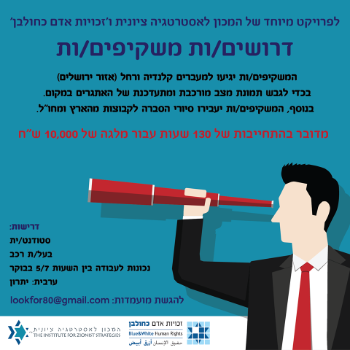 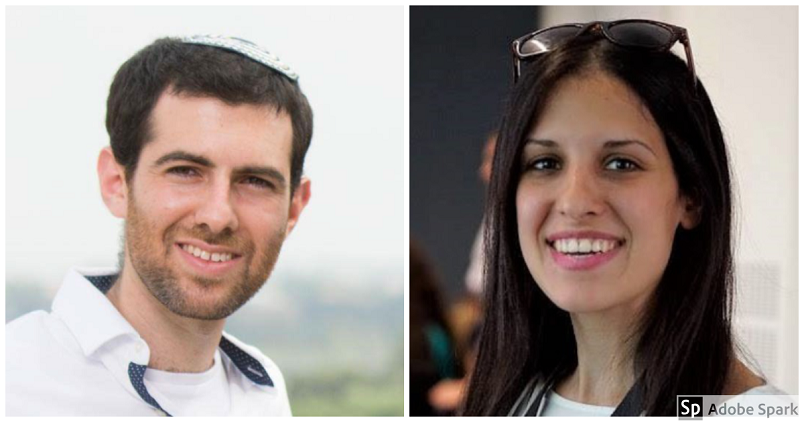 This month Amit Aizenman has joined the IZS team. Amit, a Jerusalem resident, was an intern at the Institute the past two years. He is the author of an international review of legal tools used in the war against terror; family reunion in the framework of the Nation State; the National Liberal Anthology.
Amit is a PHD student in a prestigious political science program at the Hebrew University. He holds a MA in political science and a BA in psychology and sociology, both from Bar Ilan University. His MA thesis dealt with conservative political thought.

He will replace Noa Lazimi, our research coordinator for the past two years. She accompanied the reserachers’ work with precision and passion, from topic framing to the various stages of writing, publication and beyond. Her work has contributed a lot to the Institute.

Wish them both good luck!

* On the eve of the elections, IZS director Miri Shalem was invited by the Knesset Channel to talk about the possible outcomes.
* The Forward: groups like the IZS acting on the ground show the strength of the Israeli democracy.

The following articles were published by members of the Institute and contain references to a wide range of issues on the public agenda:

* Miri Shalem, CEO of the Institute, shows that behind the personal accusations, the two main parties are not so different politically. (The Jewish Journal)
* Israel Harel, founding president of the IZS, discusses Netanyahu’s options. (Haaretz)
* Nicolas Nissim Touboul, projects manager at the Institute, reveals the Hebron roots of Zionism. (The Jerusalem Post)