Emigration from Israel is an issue which has fed existential fears since before the independance of the State of Israel. However, throughout the decades, the nature, characteristics and scope of emigratiom have changed a lot. In this month’s research we dived into the figures behind the fantasies and tried to make sense of the phenomenon in 2020.

Also in the newsletter: the best of Zionsit thought, and important media coverage of the IZS activities.

Uri Altman describes the change in Israeli society’s attitude towards the emigrants – from a critical view deploring their abandonment of the Zionist vision to an understanding, almost admiring attitude hoping for their return in the near future. 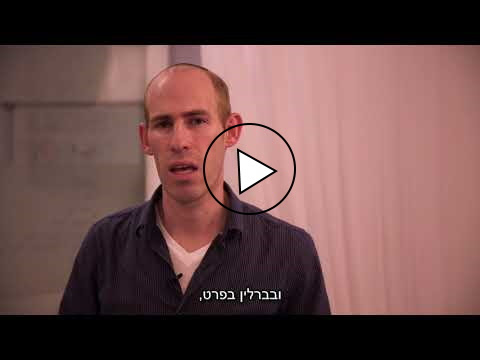 The main reason for emigration from Israel over recent decades is the desire for a better standard of living. Despite Israel’s complex security reality, this consideration was of only minor importance in the decision to leave. In reality, emigrants from Israel are not unlike other emigrants worldwide who seek new professional and economic opportunities in richer, more developed countries, while maintaining a connection with family and society in their country of origin, a task made simpler with the widespread use of the internet
The data for the last decade reveals that emigration from Israel has slowed markedly and stands at a level comparable to parallel global figures. Both the rate of those emigrating and of the overall immigration balance (the difference between the number of Israelis emigrating and the number of returning Israelis) are in constant and significant decline.

Furthermore, a significant proportion of the emigrants are themselves new immigrants to Israel such that the fluctuation in the number of emigrants can often be attributed to trends of immigration to Israel during those same years. A high rate of emigration was found among Israelis who are graduates of higher education and whose professional advancement almost inevitably involves a tenure of several years at foreign universities. Action must be taken by policy makers to redress this situation and to enable a smooth return for those leaving Israel in general, and particularly for those from the academic sphere. 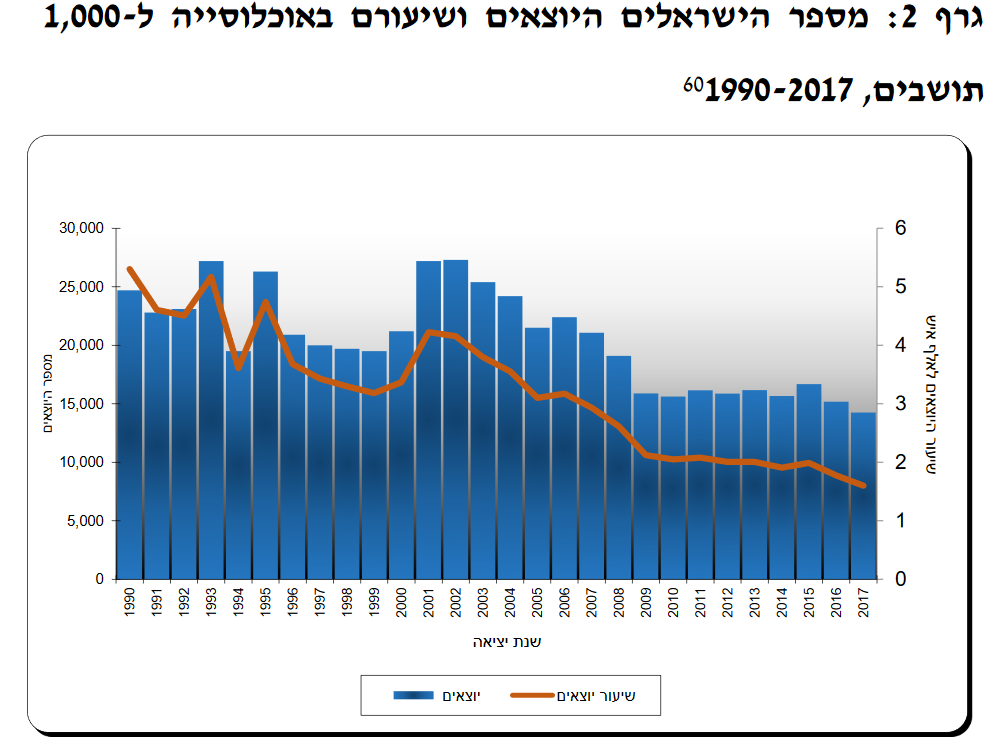 The prominent communities of Israelis around the world today are in the United States, Germany, and England. The majority of emigrants from Israel move to the US and the Israeli community in America has in recent years become an organized community and even one wielding political power. The community organizations attempt to contend with the weakening Israeli and Jewish identity of the second generation of emigrant Israelis who tend to assimilate fully into the American environment in which they are raised.
The Israelis in Germany differ from other Israeli emigrants: they are considered as more secular and as possessing views more critical of Israel. While most emigrants from Israel express pride in their Israeliness and frequently ponder returning, a significant segment of the Israelis in Germany left Israel with a negative feeling for the country and do not see themselves returning in the future. Despite the media attention gained by Israelis in Germany, especially those in Berlin, studies conducted in recent years estimate the number of Israelis currently living in Germany at approximately 25 thousand, only about 4% of all Israelis living in the Diaspora.

In contrast to the Israelis living in Germany, those in England express positive sentiments towards Israel and many even consider the option of returning. The relative geographical proximity between the two countries in contrast to other English-speaking countries, has made England a relatively comfortable emigration destination. The Israeli community in England is also in the process of economic and political organization, a result of the lack of connection between themselves and the local Jewish community, a common phenomenon in most emigration countries.
Following more than 70 years during which the State of Israel has been transformed from an impoverished refugee-absorbing country into an economic and military power, there is every reason for strong Israeli self-confidence, even vis-à-vis those Israelis living in the Diaspora. The State of Israel should not regard these emigrants as a threat to its internal strength but rather, build, together with them, a bridge that will reinforce their Israeli identity, especially among the second generation who tend to assimilate into the familiar local environment, thereby enabling them an inviting route back that will increase the chances of their future return to Israel.

The Best of Zionist thought – now on your bookshelf 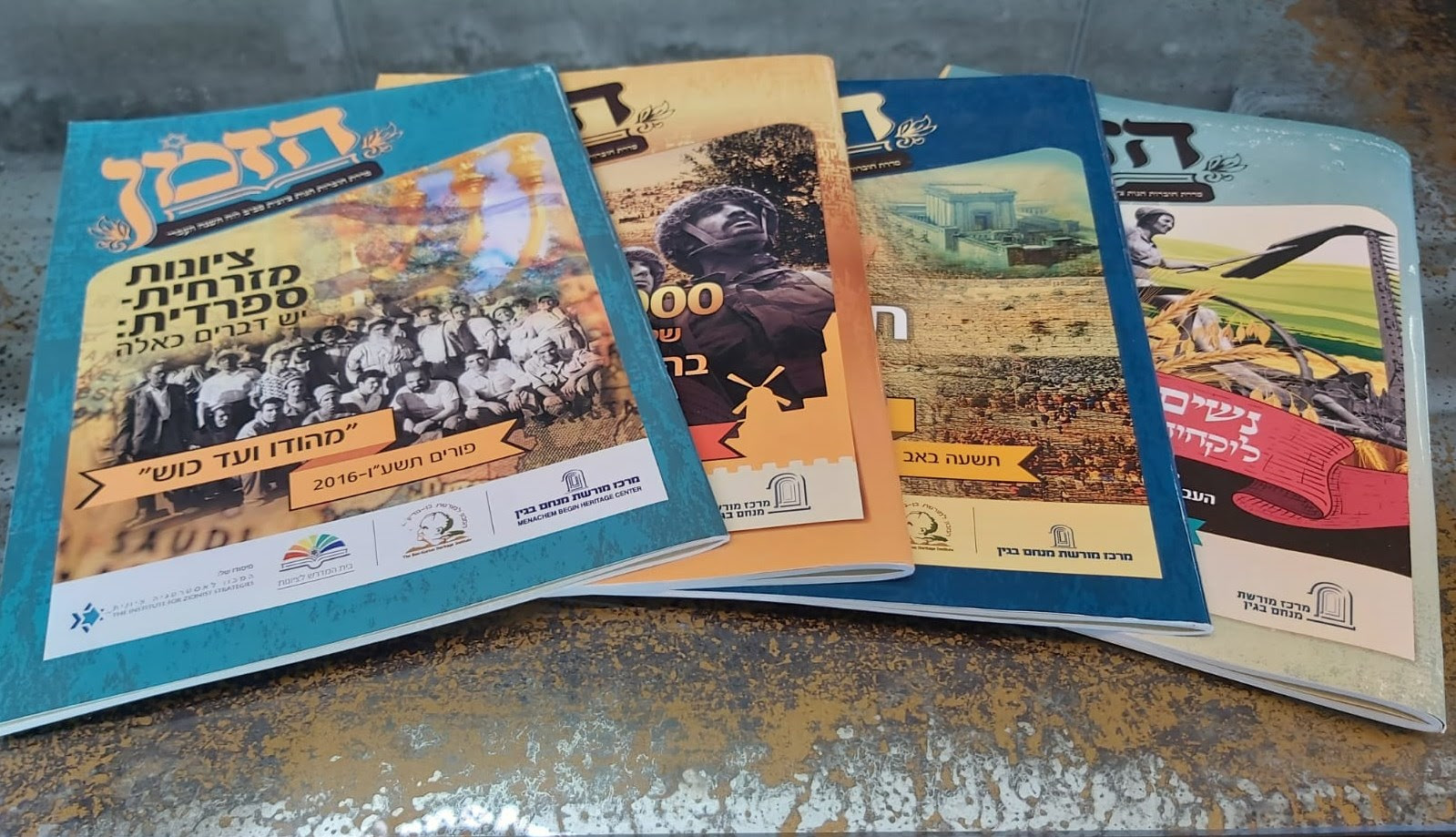 We are proud to announce our ‘HaZman’ series, booklets of Zionist thought centered on the Jewish calendar’ are now up for sale. So far we have published five issues: The IZS team is deeply saddened to announce the passing of Prof. Maaravi Peretz, father of our CEO Miri Shalem. Peretz, born in Tunisia and educated in England, was a professor of biblical studies at Bar-Ilan University. His field of research was medieval Sephardic commentaries on the Torah. He died at the age of 79.

* The Jerusalem Post: Rise of far Right not the main source of antisemitism in Europe – IZS study shows.

* Nicolas Nissim Touboul, projects manager at the IZS, shows how BDS supporters misused a tragedy in Jerusalem for Israel bashing, and what story this tragedy actually tells (JTA).