Blue and White Human Rights was created as a Zionistic ideal, to enable individuals to support Palestinian rights and dignity and strengthen Israel as a just and worthy society. 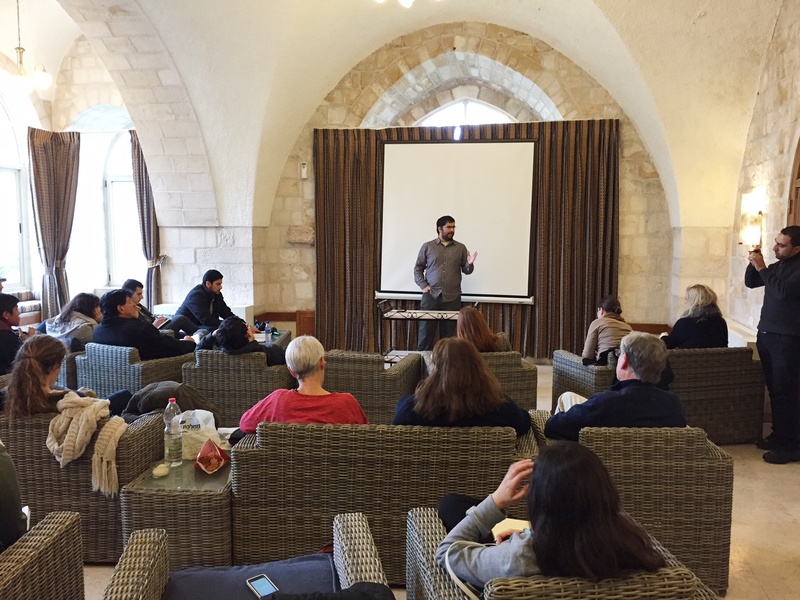 Human rights groups that reject the legitimacy of the State of Israel often accuse Israel of violating the rights of Palestinians while ignoring violations perpetrated by Palestinians and other nationals on Palestinians,  Israelis and people around the world. This belies their true interest of delegitimizing Israel and makes a mockery of human rights.  Their motives are to create the illusion that one cannot both support Palestinian human rights and support the legitimacy and historical right of the State of Israel.

Blue and White Human Rights was created as a Zionistic ideal, to enable individuals to support Palestinian rights and dignity and strengthen Israel as a just and worthy society.  Blue & White believes that the security requirements of the State and its citizens are a priority, and that they can be safeguarded while observing the human rights of all who come under Israeli rule.

Our goal is to solve real Palestinian problems on the ground through active and constructive interaction with Israeli authorities.  Our volunteers not only see and observe the Palestinian difficulties, they also understand the challenges of the Israeli soldiers, from whose ranks many come.  They are able to explain the problems to these soldiers and suggest possible solutions acceptable to the responsible authorities.

Palestinians wait on line at crossing points to enter Israel from the Palestinian areas in order to work, receive medical care, study and visit.   Blue and white volunteers stand at these points in order to observe and ensure that human rights are being upheld.  Due to necessary security checks, these crossing points can be sources of tension and anger.  Blue and White volunteers stand at the crossing points during peak hours and ensure that Palestinians are admitted with a minimum of delay and without unnecessary frustration. 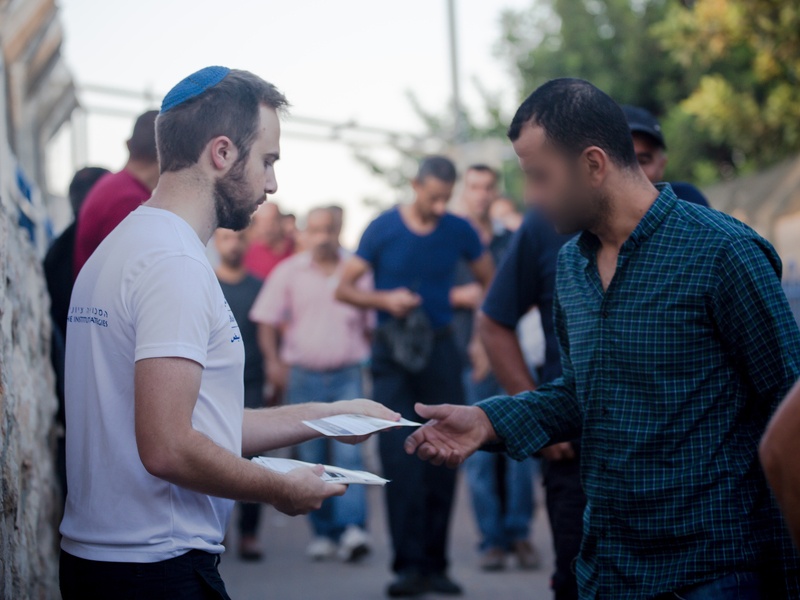 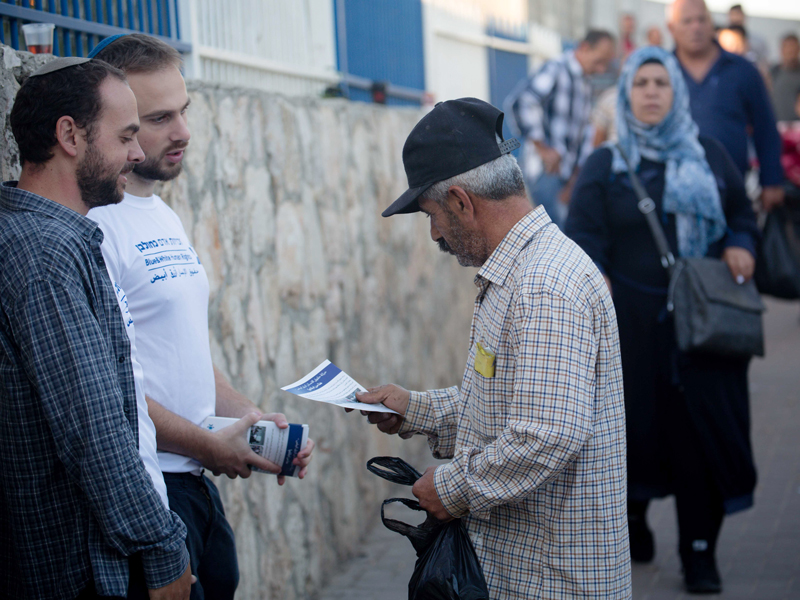 Health and medicine is considered a basic human right. The IZS works to facilitate medical services for Palestinians throughout Judea and Samaria in different ways, such as hosting volunteer doctors in medical centers to provide medical treatment and assistance. In addition, we assist Palestinians who need to get treatment in Israeli hospitals or clinic. This program implements our own Zionist values and also demonstrates to others in Israel and abroad that Zionism continues to work for moral and humane objectives. 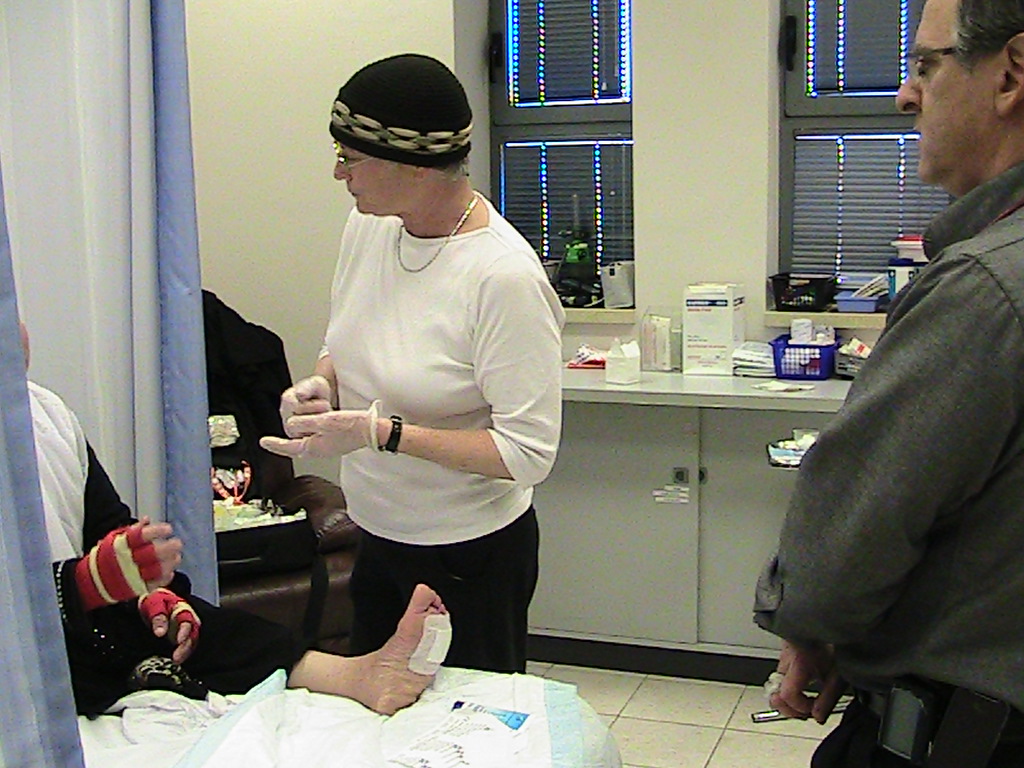 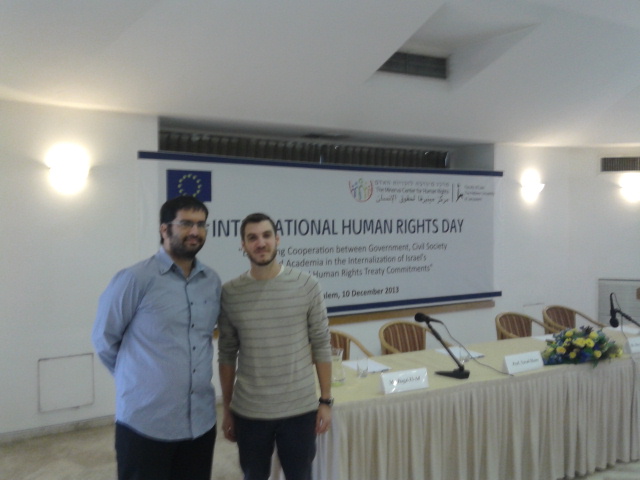 Soldiers are the first casualties of Human Rights groups and of the BDS and Apartheid movements. They are often demonized and cast as aggressive thugs. It has always been a cardinal principle in Israel that its soldiers meet the highest standards of morality, and that is in fact the case to an unparalleled degree.

Blue and White travels to schools and addresses students during the year prior to army service. We discuss IDF values and moral standards, and explain how one can and must be both a good soldier and fine human being. We also provide a place for soldiers who want to report unethical behavior in the right way and without demonizing Israel or the IDF. These soldiers can turn to us and know that we will approach the proper authorities to report, investigate and fix the problem. This way, justice is served and the incident is not used to delegitimize Israel and it’s people.

Our educational programs, Purity of Arms and For the Spirit, are based on “The Spirit of the IDF” document. This document presents values relevant not only for soldiers, but for every person. Each program, focuses in it’s own way, on elements within the document.

The goal of the Purity of Arms project is to present the deep significance of morality and the obligation to defend the country. Over the course of the three hour workshop, students come to understand the root of the value and its significance in the context of preventing inappropriate use of weaponry against another person, while also making sure the crucial objective to protect the country, it’s people and themselves is being met. The workshop is divided into two parts. First in class, and second in the field. In each part, they are being exposed to this value in a different way.

After Purity of Arms gained success, we were asked by schools to expand the program and For the Spirit was born. This special program is based on the Spirit of the IDF’s  10 values which are the ethical and professional guide of every IDF soldier. Exposing the students to these values before their army service will prepare them not only for the IDF, but for proper and responsible civilian life as well. The program structure is 10 meetings during the year.

All seminars are led by volunteers who have had a significant army service. Their rich military experience allows them to present the message in an honest manner and helps the students become invested in the topic. In this way we strengthen the youth’s sense of responsibility and concern for others, as well as their sense of obligation to defend the state of Israel.