Collective Rights of Minorities in Democratic Countries – A Comparative Survey

This study conducted a comparative survey on the collective rights awarded to national, ethnic or religious minorities in democratic nation states. Five minority groups were selected for the survey which aimed to examine the policy adopted regarding recognition of their rights as a collective group in the fields of language, education and religion. The survey also incorporated findings of a previous survey on this topic conducted by the Knesset Research and Information Center in 2017.

The objective of this paper is to enable a discussion of the collective rights enjoyed by the Israeli-Arab minority in the State of Israel that is based on empiric facts and figures. A broad understanding of the accepted practice in other countries around the world will allow us to conduct a more in-depth examination of this issue in Israel and to determine the degree to which the State of Israel conforms to international norms.

The main findings of the Institute for Zionist Strategies’ comparative survey and of the Knesset study on this topic are presented below in three categories: rights in the fields of language, education and religious:

Conclusions and Discussion Relating to the Arab Minority in Israel

The above findings reveal that the State of Israel meets international standards with regards to collective rights awarded to the Arab minority, especially in the fields of language and edication.

To the full research

By Miri Shalem Israel Among Nations No Comments
Amit Eisenman, one of the Institute’s researchers, has recently focused on the question of the legitimacy of using singular measures of punishment and deterrence to combat a singular crime – terror. In keeping with our best tradition, we chose to examine the issue by means of a comparative study with the aim of refuting the claim that targeted preventative killings, demolitions of houses and revocation of citizenship are unreasonable means in a democratic regime.
The study examines the use of these three practices in the fight against terror in the member countries of the G7 – Canada, France, Germany, Italy, Great Britain and the US. This study aims to enhance the perspective of decision-makers in Israel and to demonstrate how different countries contend with the similar challenges of fighting terror they share. The main findings are presented below:
Regarding targeted preventative killings, 4 of the 6 countries examined maintain armed UAVs (Unmanned Aerial Vehicle) intended for use in this faculty. In practice, such killings have been employed by 3 of these countries in recent years (those with larger armed forces and broader scope of operations).
Although this form of house demolition is a procedure uniquely instigated by the State of Israel, a person convicted of terrorism in France also forfeits his assets to the state.
Revocation of citizenship is the most commonly employed means of those studied: all the above countries employed this practice and apart from Canada, which has foregone its use, revocation of citizenship is still implemented by the other countries. In Italy, a terrorist’s citizenship may be revoked even if he remains stateless as a result.

to the full research…

Adalah versus the Bedouins Case Study: A Comparative Analysis of the Immunization Policy in Israel

By Miri Shalem Israel Among Nations

Is a law which stipulates that immunizations are a prerequisite for receiving child benefit payments acceptable in a democratic society? This question has been the subject of an argument about Israeli immunization policy in recent years.

The main opposition to the law comes from Adalah – the Arab-Israeli human rights organization – which appealed to the High Court of Justice against the law. According to Adalah, the law discriminates against the Bedouin and other Arab communities who do not vaccinate themselves due to lack of access to medical services. Moreover, there are those who claim that the law limits parents’ autonomy to decide what is best for their children and to object to vaccinations on religious or ideological grounds.

The study investigated these claims in depth and examined whether the Israeli policy is consistent with the principles of a democratic society. The study presents, among others, a historical survey of the development of immunizations and related laws, the different motives for objecting to immunizations, and a comparison between the Israeli immunization policy and that of 23 countries included in the OECD. Among the countries surveyed are the US, Australia, Germany, Turkey, Sweden, and many others. END_OF_DOCUMENT_TOKEN_TO_BE_REPLACED 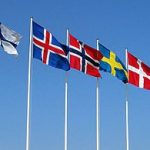 One of the common claims raised against the State of Israel, in various contexts, is that its national symbols – the flag, emblem and anthem – possess a discriminatory nature vis-à-vis the minorities living in Israel and specifically, the Arab minority. The particularly Jewish characteristics present in the national anthem, flag and official emblem arouse the objection of certain sectors of the Israeli and of organizations such as ‘Adalah’ (The Legal Center for Arab Minority Rights in Israel) that present themselves as concerned and striving for minority rights in Israel. The ‘Adalah’ organization surpassed itself and even defined the “Flag and Emblem Law”, adopted by the Knesset in 1949 and expanded in 2004 to include the national anthem, as discriminatory.

In an attempt to resolve this issue, we decided to conduct a study comparing the situation in Israel to that in countries with similar regimes and characteristics – nation states that advocate the principles of democracy. To that end, the study referred to below examined the use of national emblems in 32 democratic developed countries, members of the OECD, similar to Israel. The comparison was made with regards to the national flags, anthems and emblems of these countries.

The findings reveal an unequivocal picture: The overwhelming majority of the countries examined make use of national emblems that express the religious, ethnic or national heritage of its founders.
Some of the main findings are summarized below:

These findings clearly prove that the State of Israel is not exceptional in its selection of national symbols. In practice, Israel’s use of symbols drawn from Jewish history and heritage constitutes an expression of a long-standing universal tradition devoid of any basis for the claim of discrimination or exclusion of the minorities living in Israel.

For the complete study…

This comparative analysis establishes that post-service benefits are common in the Western world. Most of the democratic countries which were examined maintain some system of benefits for those who protect the country within an army framework. In terms of the types of benefits, differences could be found in the determination of who benefits (soldiers, veterans, their families) and in the form of benefit (employment, education, and various other benefits). END_OF_DOCUMENT_TOKEN_TO_BE_REPLACED