Born and raised in France, Nicolas Nisim moved to Israel in 2011 while completing a BA in political sciences, philosophy and economics. Since then he served as a platoon sergeant in the paratroopers' brigade. While studying for his MA in government at the InterDisciplinary Center, Herzliya, Nicolas interned for the IZS research department, and wrote a policy paper on incentives for [military and national] service. He currently works as the field manager of the Blue&White Human Rights projects. He is married to Hodaya and lives in Jerusalem. 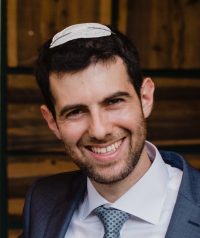 Amit is a student in the Program for advanced degrees (Tele"m) at the Hebrew University of Jerusalem, holds an MA with distinction from the Department of Political Studies at Bar-Ilan University and a BA with distinction from the Department of Psychology and Sociology at the same university. Amit's thesis dealt with conservative political thought.

As part of his work In the Institute, Amit has written studies on various topics, including: a comparative review of means to combat terrorism; the rights to a Nation-state in the context of family reunification; and an anthology on liberal-nationalism. Previously, he co-authored the curriculum materials of EXODUS program for conservative and classical liberal thought.

Tovi worked for many years in The Institute For Talmudic Publications of Rabbi Adin Stainzalts in Jerusalem.
Tovi grew up in Haifa, & had finished her studies in Gates Head – England, & in Jerusalem.